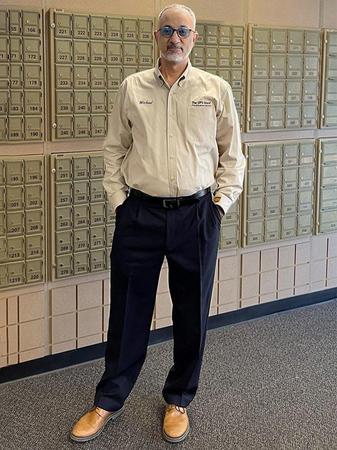 The Baltimore-Washington metro area is a virtual melting pot, a hub that attracts people and cultures from around the world. Local The UPS Store retail owner Michael Phillips is no exception. Born in Frankfurt Germany and raised throughout the US and Germany, Michael earned a ROTC scholarship and served as an officer with the US Army, having been commissioned as a distinguished military graduate. After serving as an infantry officer with the 82nd Airborne Division, he commanded the 2nd Armored Division and the 3rd US Infantry (The Old Guard) known for its watch over the Tomb of the Unknown Soldier. His final assignment was as a military assistant to the Deputy Assistant Secretary of Defense for Military Manpower and Personnel Policy.

At the conclusion of his impressive military service, Michael's D.C. roots and entrepreneurial spirit led him to acquire his first The UPS Store retail location in 1993. During those early days of running his own exciting small business, Michael was thoroughly involved in all aspects of the store. "I opened it, closed it, I took out the trash six days a week," Michael says. It was then that he discovered his love of building relationships, not only within the community he served but also with his employees.

Growing relationships is job number one at Michael's The UPS Store locations, which now includes multiple Georgetown and Baltimore stores. Michael's relationships start with his employees. He's a mentor, coach and boss all rolled into one. He's passionate about cultivating the work ethic and leadership skills of his employees. Michael's particular sweet spot of compassion is hiring employees who others may have overlooked by society. It's been his mission to give a second chance to those that may have struggled with addictions and are now clean. With Michael's helping hand, he's nurtured some of these hires into his best employees. Some have stayed with him for 10, 13, and even 18 years. Not only has Michael seen these employees grow up, but he's also watched the same for some of their children. These valuable team members have become like family to him. "Ultimately, I will sell my The UPS Store locations to my employees," he says. The idea of seeing them blossom and having an opportunity to build wealth is a reward that drives Michael.

Michael's relationships and respect for his employees extend to his equally thoughtful customers. He has come to know their unique and diverse stories, including a customer who lived around the corner and spilled the beans on upcoming show plots from a popular NBC show that her son starred in. There's the customer who remembered his opening anniversary date every year. There are customers who bring the staff birthday cards. His long-standing customer relationships have also led him to funerals of close customers who have passed away. "Over a 28 year period, you build a lot of long-term relationships," Michael says. "You see the entire world stream past your store as you approach the Capitol. No day is the same." He continues, "We've had customers who come in to get forms notarized so they could adopt kids. Those kids are now graduated from college and coming in with their own children. You see the entire life cycle of building relationships with families." The importance of relationships with families is a common theme in his life, and Michael learned this most important lesson early from his parents. "You've got to give something back. It's incumbent on me to lift other people up."

Michael had great role models to emulate. Both of his late parents received college educations in the late 1950s and persevered through integration in the armed services. His father stood alongside Secretary of Defense Colin Powell and retired as a full Colonel in the US Army. His mother was a graduate of West Point, served in the military and eventually became a teacher and school board member. Watching his parents serve their country and communities taught him early on to "give something back and lift people up." Not only does Michael feel a sense of duty to give back to his employees – he serves his community on the Capitol Hill Business Improvement Board.

What does Michael do in his free time? While Michael and his wife work a lot, one of their greatest joys is travel. They try to spend 6-8 weeks each year in Europe but even when he's abroad, his heart is always with his The UPS Store locations. He describes a typical day in Paris, hanging out at the Louve Museum and shopping the famous Parisian avenues but he always finds several hours to return to his hotel room and check-in with his The UPS Store team back home. He is grateful to his team. "I couldn't have six retail locations without great employees. Our success has been our employees," he says. "I still enjoy what I'm doing" and after almost 30 years leading his The UPS Store locations, he's clearly as passionate today about his stores and helping the community as he was since day one. 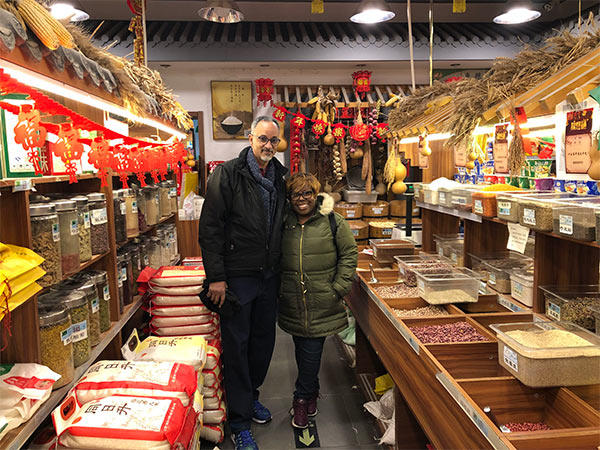